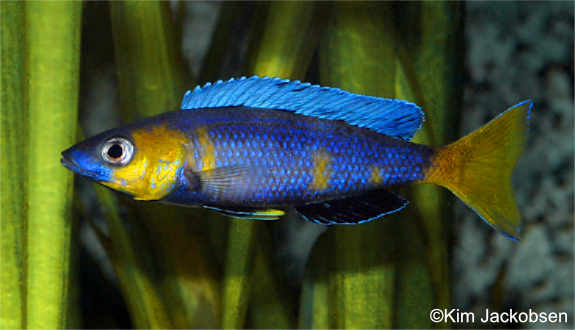 The male is larger and more colorful than the female

In the wild, these fish feed on plankton that they capture thanks to the particular shape of their mouths. In captivity, you can give them live or frozen prey. On the menu: cyclops, daphnia, copepods (avoid worms and larvae because they are too rich in animal proteins)... You can also give them from time to time flakes that float on the surface.

Distribute two small meals a day rather than one large one.

Unlike many bottom-dwelling species, this fish prefers to live in the open water, which makes them good candidates to occupy the upper part of an African aquarium.

Sociable, it likes to live in schools. It is an excellent swimmer, quite lively. The male is always on the move to defend his territory or to find a pregnant female. 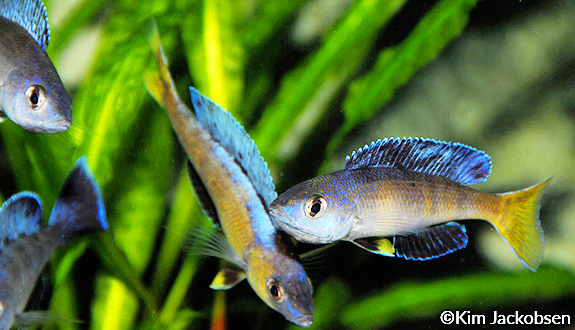 Cohabitation with other species is facilitated by the fact that the Cyprichromis leptosoma lives in the upper half of the aquarium. Thus, it can be associated with other species of Tanganyika as the Julidochromis or Neolamprologus similis.

Avoid associating it with Frontosa, which are its natural predators. Beware also of the risk of hybridization with other species of Cyprichromis and Paracyprichromis. 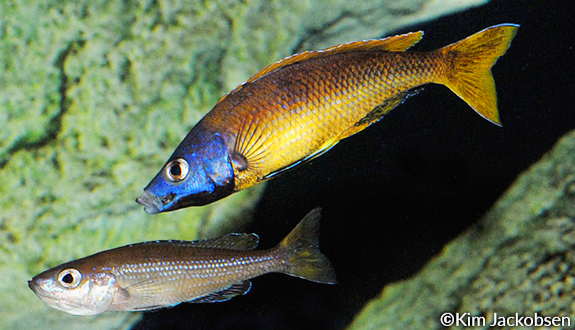 It is quite easy to breed this species. Spawning takes place in open water and the released eggs fall to the ground. The female then collects them in their fall to place them in her mouth. Indeed, this fish is a maternal mouth incubator. The eggs are quite big but not round! The female also absorbs the male's milt, fertilizing the eggs. Incubation lasts between 3 and 4 weeks, during which time the female stops feeding. 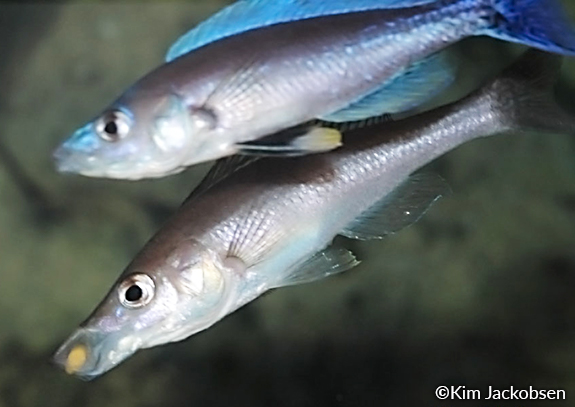 The young are few in number (20 maximum per clutch) but their chance of survival is increased by their size when they are spat out of the female's mouth. They measure then almost one centimeter. The fry, if they are not in the presence of predators, then evolve in schools near the surface. Note that a female should never be forced to spit out her young because the female is fragile and does not like to be handled at all.

They grow regularly until they take the colors of their sex, at 6-7 months. Sexual maturity is reached at 1 year.

Of course, in a general aquarium, it will be necessary to protect them from the voracity of the occupants and to isolate them in aquariums of magnification. 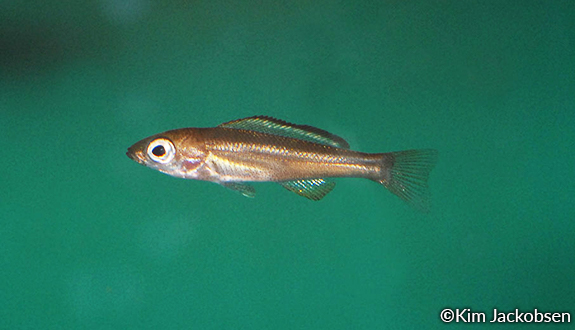 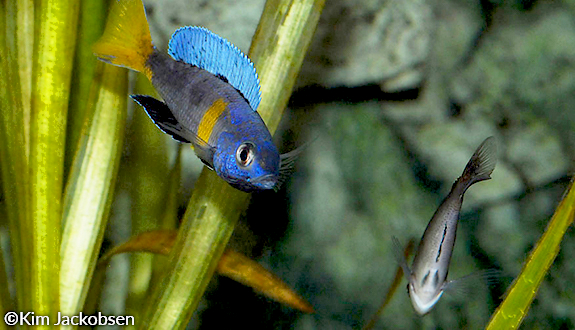 This good swimmer needs room to exercise. Therefore, the decor will be more suitable if he concentrates on the back part of the aquarium. It can be formed by large vertical stones and piles of rocks forming cavities (pay attention to the stability of your decor). The floor can be made of fine sand.

Large plants such as Cryptocoryne usteriana, Vallisneria gigantea, Anubias barteri, Ceratophyllum demersum can also be useful to the females to hide and to the males to delimit their territories.

On the water quality side, make sure that the nitrate level remains as low as possible. To do this, make regular water changes. The species also appreciates a good level of oxygen, which you can obtain by choosing a rather powerful filtration and by creating eddies on the surface.

Depending on its geographical origin, the coloration of Cyprichromis may vary. Thus, there are many varieties not always easy to identify and sometimes confused. To avoid hybridization of its varieties, ask specifically about the origin of the specimens you want to acquire. One can note these some names (non-exhaustive list: 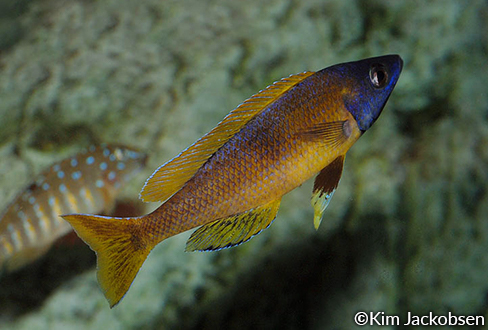 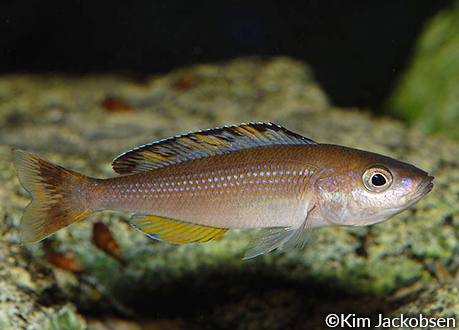 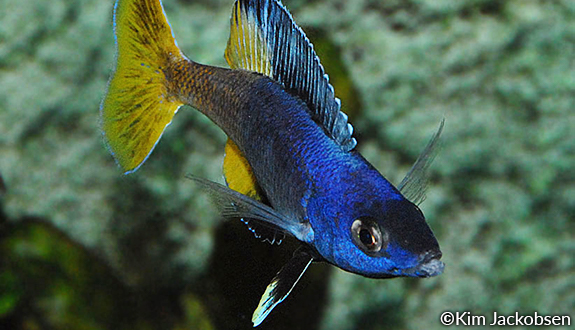 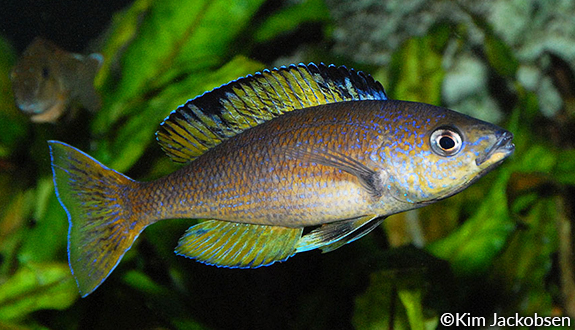