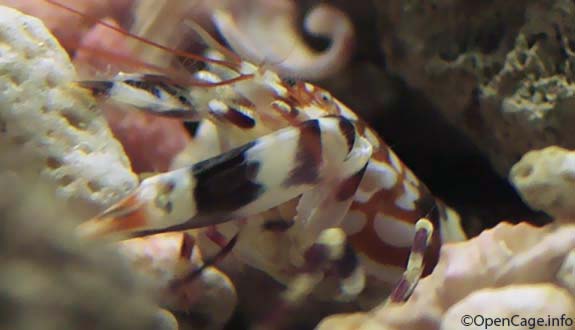 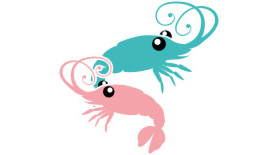 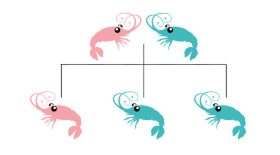 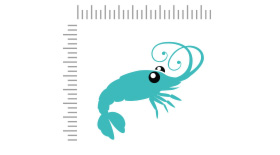 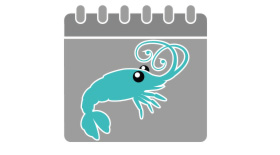 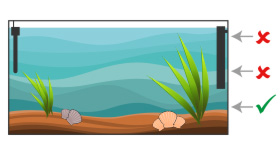 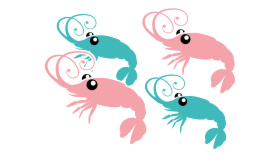 How to feed the Tiger pistol shrimp?

How to feed the Tiger pistol shrimp?

Generally speaking, the pistol shrimp is strictly carnivorous. They eat a lot compared to their size and must be fed properly. Sometimes you will see it take a big chunk of food and go into its burrow with it.

Like many shrimp, this species is a scavenger and is not very difficult to feed. It eats the leftovers that are available to it. Since it has a good appetite, don't hesitate to give it mussels, fish or shrimp meat every other day...

What kind of behavior does the Palette Tiger pistol shrimp have?

What kind of behavior does the Tiger pistol shrimp have?

The pistol shrimp digs shelters for itself and for the Gobies that accompany it (see "cohabitation"). Sometimes real galleries are formed, with several entrances and exits. They spend a lot of time digging and landscaping the aquarium floor and maintaining the burrow. They also frequently excavate the ground in search of food.

They are very shy and discreet. However, they are very lively, agile and able to move at high speed. In fact, they use these qualities when they rush into their shelter at the slightest danger. This is due to the fact that they are almost blind. Mistrust is therefore an indispensable rule of survival for them! This behaviour is mitigated by the presence of the symbiotic Goby (see "cohabitation").

Who can live with the Tiger pistol shrimp?

Who can live with the Tiger pistol shrimp?

In the wild, this shrimp has a symbiotic relationship with Gobies such as the Sulphur Goby (Cryptocentrus cinctus) or the Grim Goby (Amblyeleotris guttata). 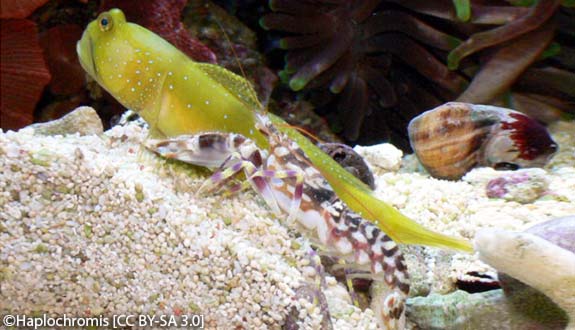 As for the Stonogobiops yasha, the Bellulus is a bit big (Alpheus randalli more adapted). Here is the observable symbiosis between the two species: the shrimp has poor eyesight (almost blind even). It digs a burrow which will serve as a refuge for it and the Goby. As for the Goby, they are the eyes of the shrimp: they stand guard and act as a warning when a predator approaches. The shrimp maintains contact with the Goby by touching it with one of its antennae. Together they maintain the shelter. In marine aquariums, this type of association, in addition to being very interesting to observe, is particularly recommended for the well-being of your animals.

Beware of the predation of this shrimp on small fish or other invertebrates. For example, the Lysmata can fall victim to hungry bellulus or in confined spaces (nano aquarium).

How to breed the Tiger pistol shrimp?

How to breed the Tiger pistol shrimp?

Which aquarium for the Tiger pistol shrimp?

Which aquarium for the Tiger pistol shrimp?

Perfectly adapted to the reef aquarium, the decor can be composed of rocks and corals that this species will not touch. The shrimp will settle in the bottom of the aquarium. This will be composed of sand areas, essential for its installation and good maintenance.

Because of its behaviour (it digs burrows), the floor of the aquarium must be covered with a thick layer (at least 7 to 8cm to 2.8 to 3.2") of medium-grained, non-sharp sand. Also pay attention to the stability of the rocks, as this shrimp can shake up the ground quite a bit. Also check that your corals are not covered with sand. 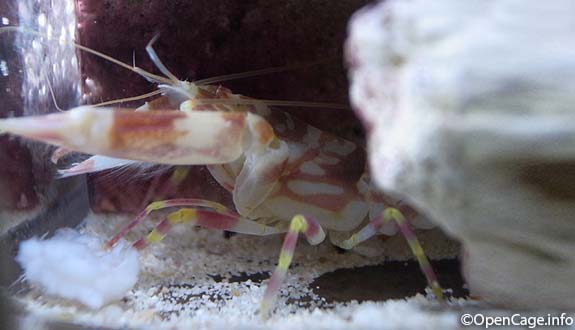 This crustacean is a decapote, meaning that it has 5 pairs of legs, or 10 legs.

Its name "pistol" comes from the powerful clap it makes with its large claw. This noise is easily audible. The shrimp uses it to create a shock wave that can stun its prey.

This shrimp is very robust and easy to hold.