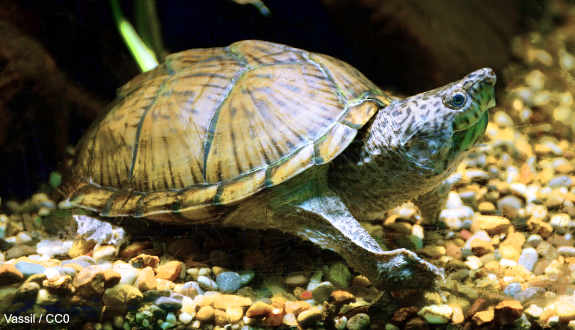 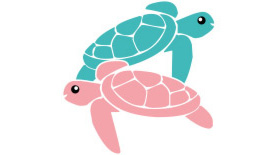 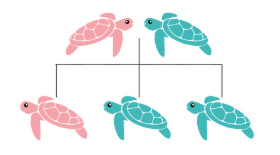 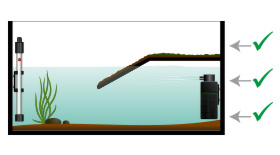 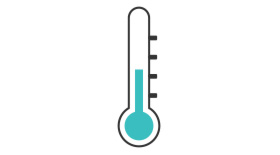 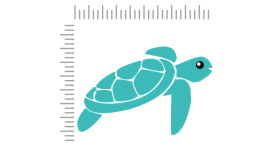 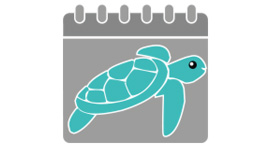 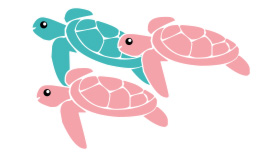 How to feed the Razorback musk turtle?

How to feed the Razorback musk turtle?

In the wild, this turtle feeds on slow-moving fish, molluscs, amphibians, aquatic insects or even carrion. It is an omnivorous species with a strong carnivorous tendency.

In captivity, offer mostly fresh food. On the menu:

Complete with good quality specialized aquatic turtle food (Zoo med, Exo Terra, Komodo...). Be aware that the formulas for adult turtles are different from those for juveniles.

Make a cuttlefish bone available at all times in order to provide the aquatic turtle with the calcium it needs (this is mandatory for its health).

Feed your turtle every day, but fast once a week: this will help it keep its shape and form! Conversely, young turtles need it every day, without fasting.

What kind of behavior does the Razorback musk turtle have?

What kind of behavior does the Razorback musk turtle have? 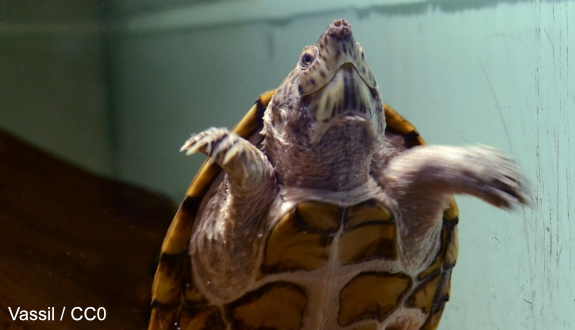 Fearful and shy by nature, this turtle will need hiding places to reassure it. Branches, upside down earthen pots or plants will provide him with a safe place to hide.

It moves by walking rather than swimming.

In the wild, this species hibernates for up to 4 months (from December to February), usually hidden or buried in the sand. In captivity, hibernation is not mandatory (unless you wish to reproduce it). If you still wish to offer this natural period to your animal, gradually reduce the frequency of meals as well as the temperature. Install a carpet of dead leaves at the bottom of the aquarium. When the water goes below 10°C, the turtle buries or hides to hibernate. This period should not exceed 4 months. Attention, it is not recommended to hibernate a juvenile.

Who can live with the Razorback musk turtle?

Who can live with the Razorback musk turtle? 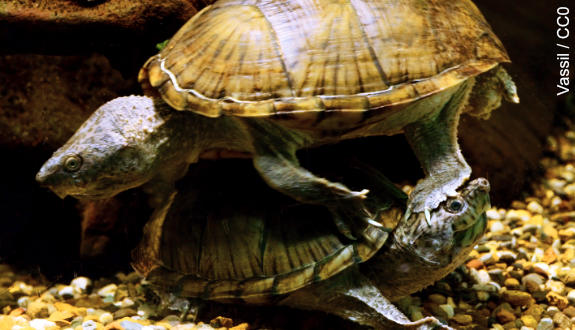 The Razorback musk turtle is very territorial (like all aquatic turtles), which is why it has no problem living alone.

If you have a sufficiently large aquarium, it is possible to keep several individuals as long as you follow certain rules. First of all, never associate two males together, the cohabitation of two females is more likely to work.

For a couple, they only tolerate each other during the reproduction period, that is to say 1 or 2 months. The rest of the time, they must be separated in separate facilities. Indeed, like some species of fish, the male constantly (and ardently) courts the female, who risks becoming completely exhausted and fragile. The solution? Don't install a couple, but a trio: 1 male and 2 females. With such a group, male/female cohabitation may be feasible).

In any case, aquatic turtles are always snarling with their roommates. There is always a risk that the cohabitation goes badly even if we put all the chances on our side (question of character of each individual, and that, we can do nothing!). Sometimes, too extreme dominations lead dominated turtles to prostrate themselves in a corner, sometimes going as far as to stop feeding. Such a daily stress makes the specimen concerned very fragile and will end up being prone to diseases. Thus, if you try to cohabitate, keep in mind that things can degenerate, and that a second installation of the same type as the first will then be necessary to separate incompatible turtles.

The Razorback musk turtle being quite slow, cohabitation with a few fast fish (guppy, southern platyfish) is possible as long as the volume of water is sufficient for the chosen fishes and the aquarium is well maintained.

How to breed the Razorback musk turtle?

How to breed the Razorback musk turtle?

Generally, spring is the preferred breeding season for the species, although some breeding occurs in the fall.

The female needs a thick layer of substrate (about 20 cm) to lay her eggs deep. To satisfy this need, place a wide and deep box in place of the emerged bank. It will be filled with peat, soil and sand.

Put the male and two females in contact (see "cohabitation") and after several matings, separate them.

Gently collect the eggs (be careful not to turn them!) and put them in a substrate of water and vermiculite, at a temperature between 25 and 28°C. The young arrive after 80 to 100 days of incubation. The young weigh only 2 to 4 g and are quite fragile. They will have to be fed every day. 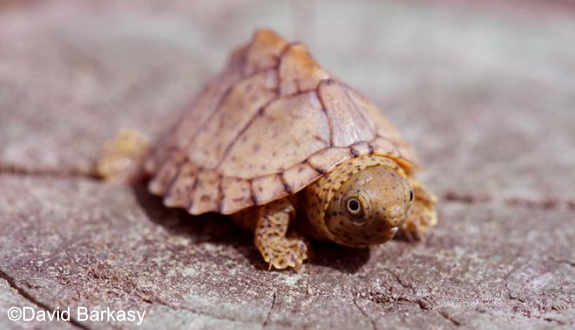 Which paludarium for the Razorback musk turtle?

Which paludarium for the Razorback musk turtle?

To maintain this pretty water turtle, it is necessary to plan a rather important installation. The budget for such an installation can quickly rise. You will need:

Note that this species can live in an outdoor pond if all conditions are respected (low water level, dead leaf mats...). In warm regions, it can stay there all year round. In colder regions where winters are longer, it is better to bring it in during this period. Finally, install a net because some birds can make it their meal! 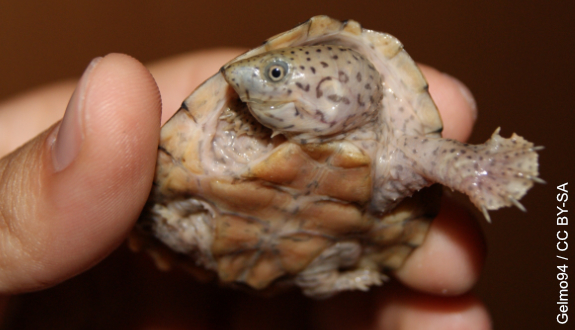 Robust and easy to feed, this species is perfect for beginners.

In the wild, we can't really say that this little aquatic turtle is the queen of survival: it doesn't hunt very well and it is not an outstanding swimmer either. On the other hand, it is the champion of resourcefulness! It eats whatever it thinks it can eat and that passes under its nose, and to move around, walking on the bottom is still the best!

Like all turtles, this species does not like to be manipulated. Take it only in case of absolute necessity to avoid unnecessary stress and be careful because it can bite you quite hard (grab it from behind so you don't get caught by its long neck!).

It owes its name to the roof shape of its shell, which is quite unique.