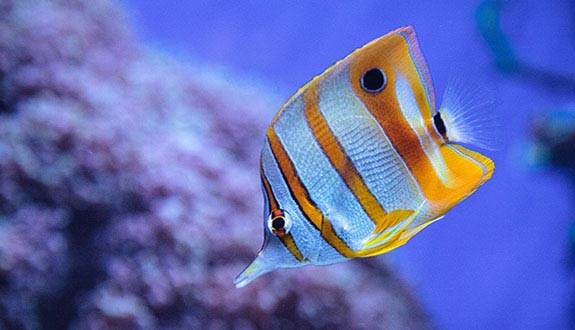 How to feed the Copperband butterflyfish?

How to feed the Copperband butterflyfish? 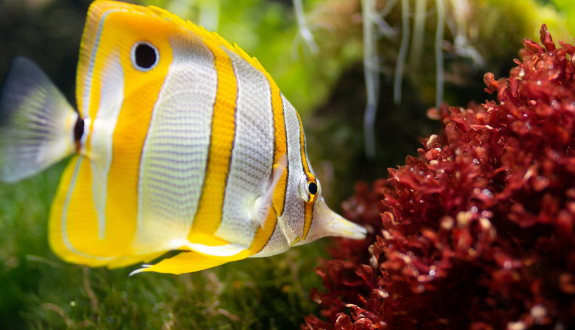 This species is carnivorous: it feeds on meat food. The shape of its mouth is specially designed for this purpose: the Chelmon rostratus can dislodge microscopic animals from the decor to feed on them.

Its food is the big black spot of its maintenance: many specimens do not adapt to captivity and refuse to feed. You have been warned!

To begin, distribute live prey such as artemia, krill, copepods so that it regains its appetite during its acclimatization. If he eats properly, you can try frozen food: mysis, artemia, tubifex, chopped krill, lobster or fish roe, pieces of Nereis... Once perfectly at ease in its environment, it will also accept granules and flakes (adapted to the size of its mouth). Finally, for a little gourmet pleasure, don't hesitate to offer him shells, oysters or mussels (either cooked or raw but frozen beforehand) from time to time: success guaranteed!

Give this little belly two or three meals a day, keeping in mind that a well-fed fish will be less likely to attack your corals!

What kind of behavior does the Copperband butterflyfish have?

What kind of behavior does the Copperband butterflyfish have?

Chelmon is generally peaceful and sociable, with a few exceptions (cf. "cohabitation"). However, it can easily be subject to stress and is easily intimidated.

It spends most of its time pecking at the scenery, swimming quietly along the rocks.

Who can live with the Copperband butterflyfish?

Who can live with the Copperband butterflyfish?

The maintenance of this fish is done alone. Indeed, it is aggressive towards its fellow fish. It is also belligerent with the other butterfly-fish (Chaetodontidae) whose presence in the same aquarium should be avoided.

As for the other species, this Chelmon does not pose any particular problem and is relatively sociable. However, beware of aggressive, territorial or agitated fish, which can stress it.

Finally, the last chapter of cohabitation: invertebrates. All Chelmon fish attack tube-dwelling worms, sabelles, and small anemones (such as Zoanthus for example). This is sometimes an advantage, for example in case of invasion by Aiptasia or Majano, but it is not always guaranteed (some fish are never interested). Anyway, remember that no fish should be chosen for its hypothetical "usefulness"! For the rest of the corals, it will depend on the quality of the food provided by the aquarist, but also on the inclination of each individual. Thus, some will nibble on the coral tentacles of LPS (Blastomussa, Acanthastrea...). are the most at risk because of their small polyps). It should be noted that this behavior appears with age, and is more rarely observed in young people. To limit the risks, opt for SPS hard corals, gorgonians and soft corals.

How to breed the Copperband butterflyfish?

How to breed the Copperband butterflyfish?

The reproduction of this species is, to date, not possible in captivity and quite unknown in general.

Which aquarium for the Copperband butterflyfish?

Which aquarium for the Copperband butterflyfish?

The ideal aquarium will be composed mainly of live rocks that stimulate the appetite of the fish. So that it already finds a reserve of micro-foods, your aquarium will have to be sufficiently large (at least 300 liters / 66 Imp Gal / 79 US Gal, 500 liters / 110 Imp Gal / 132 US Gal in the ideal), mature and stable.

As far as water quality is concerned, plan for good filtration and strong stirring.

Concerning the corals, their presence is possible but remains risky with certain species (see "cohabitation").

Acclimatization can be tricky, as fish often have difficulty re-feeding. This is why it is necessary to feed it initially with live prey in order to stimulate it. It should be noted that the younger the Chelmon is, the easier it is to acclimatize. Once these few difficult months have passed, it becomes a robust fish.

Unfortunately, even with all your good care, your fish can die some time after its arrival in your home, for no apparent reason. One probable reason would be its mode of capture: cyanide fishing, which does not leave much chance of survival (it is a question of stunning wild fish by intoxication, either for the aquarist or for consumption). Do not hesitate to question the seller on the course of the fish you plan to acquire and take the time to observe it well. Given its difficult maintenance, its impossible reproduction in captivity and sometimes its mode of capture, the question arises: does it really belong in our aquariums?

Did you know it ? Its ocelli (round black spots) are designed to lure predators when it comes to the exact location of its eyes, and therefore of its head. It therefore deceives its predators on what is the front or the back of their prey, which allows them to escape much more easily. 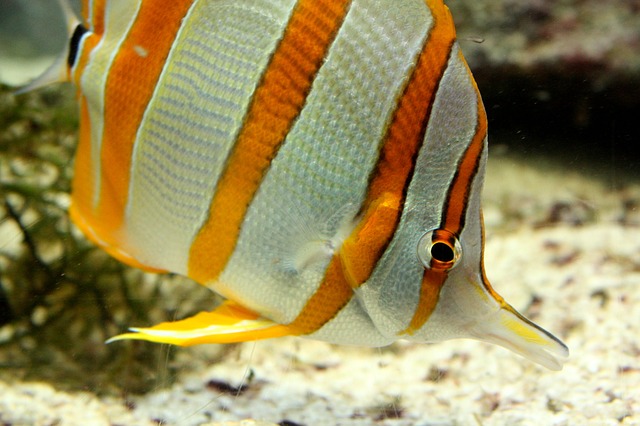 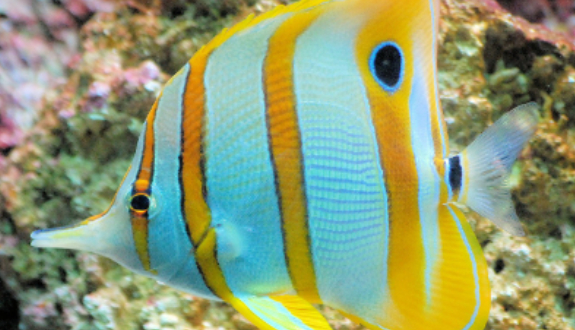